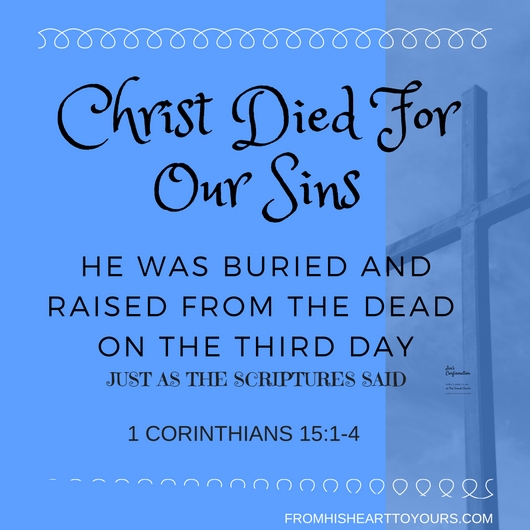 Jesus came to the world to die for our sins. Death has to be defeated on the Cross so you and I can have an eternal life. Jesus rose again after 3 days thus offering the humanity an opportunity to live an eternal life. Anyone that believes in God , God gives them the right to be called His children and partake in the eternal life.

John 3:16 gives the message of the Bible in a nutshell

This is how much God loved the world: He gave his Son, his one and only Son. And this is why: so that no one need be destroyed; by believing in him, anyone can have a whole and lasting life. God didn’t go to all the trouble of sending his Son merely to point an accusing finger, telling the world how bad it was. He came to help, to put the world right again. Anyone who trusts in him is acquitted; anyone who refuses to trust him has long since been under the death sentence without knowing it. And why? Because of that person’s failure to believe in the one-of-a-kind Son of God when introduced to him.

There was a man called Saul in the Bible, who initially persecuted Christians. He was the one that lead a major persecution against Christians in Jerusalem. On the road to Damascus, Saul made a miraculous turnaround which is recorded in the Bible in the Book of Acts.He witnessed the Christ  he was persecuting and his life was never  the same. He became the chosen vessel of God to proclaim His good news to the nations around the world. He became knows as Paul after his conversion to Christ and his life  was transformed for the glory of God. God’s love is transformational and life changing for good.

Below is what Paul preached about the gospel to the ends of the world.

Let me now remind you, dear brothers and sisters,[a] of the Good News I preached to you before. You welcomed it then, and you still stand firm in it. 2 It is this Good News that saves you if you continue to believe the message I told you—unless, of course, you believed something that was never true in the first place.[b]

God’ love is so deep to reach you even in your deepest valleys and His love is so strong to deliver you even from the impossible of the impossible. His love for you stretches above the skies and beyond the seas. He promises to be with you to the very end of age. There can be no friend like Jesus that you can gain on this earth and He extends His love to you today. All you need is to RECEIVE His unconditional love for you to experience it

How ? BY BELIEVING IN HIM

My prayer for you today my friend is that you will open your heart to receive His love. My deepest desire is for you to taste and see that the Lord is good. May this be a day of resurrection in your lives. The choice is yours ! May you choose the Heavens above and let Him shine through your lives

Stay Blessed in Him

From His Heart To Yours exists to help people find their true identity and authority in Christ, to step out in courage and boldness , to reach for the stars in His Kingdom , deeply rooted in His Word and Fellowship View All Posts

This site uses Akismet to reduce spam. Learn how your comment data is processed.

WORDS TO LIVE BY

For any Feedback, Suggestions or Prayer Requests. We would love to hear back from you
Email : fromhishearttoyoursbysindu@gmail.com